IEC 64199 standard introduced requirements for a distributed control. This means that multiple devices can change information between them and make their own decisions based on the data they receive from other sources. This enables distributed applications between multiple WCC Lite devices and all other devices that support IEC 61499.

Communication between devices can be configured using:

A Publish block can publish data messages using UDP multi-cast addresses meaning that multiple devices would be able to simultaneously get the same data. However, one would have to make sure that all of the devices support multi-cast option.

Let’s say we would like to count how many times the light has been turned on. For this we can add counting functionality to application shown in picture below. The application should run on 2 devices. The blinking part of the application will run on a 4diac FORTE and the count on another 4diac FORTE, see the architecture below. The two different programs running on two separate WCC Lite devices emulate two PLCs. Two different devices can be identified by different colors of function blocks. One can identify device and it properties by accessing System Configuration screen as seen below. Yellow function blocks belong to WCC_212 device which can be accessed through 192.168.4.212 (port number 61499) whereas brown function blocks belong to WCC_218 device which can accessed through 192.168.4.212 (port number 61499). 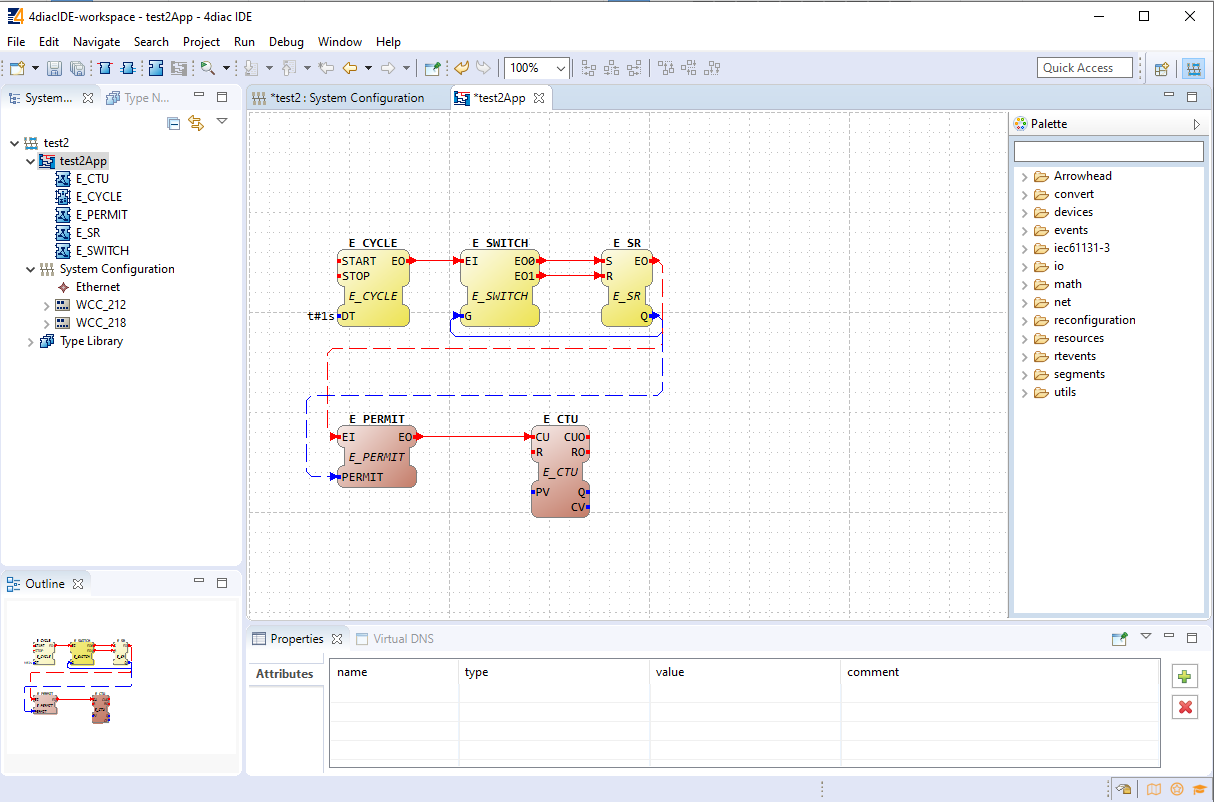 Example app for blinking part of a distributed system: 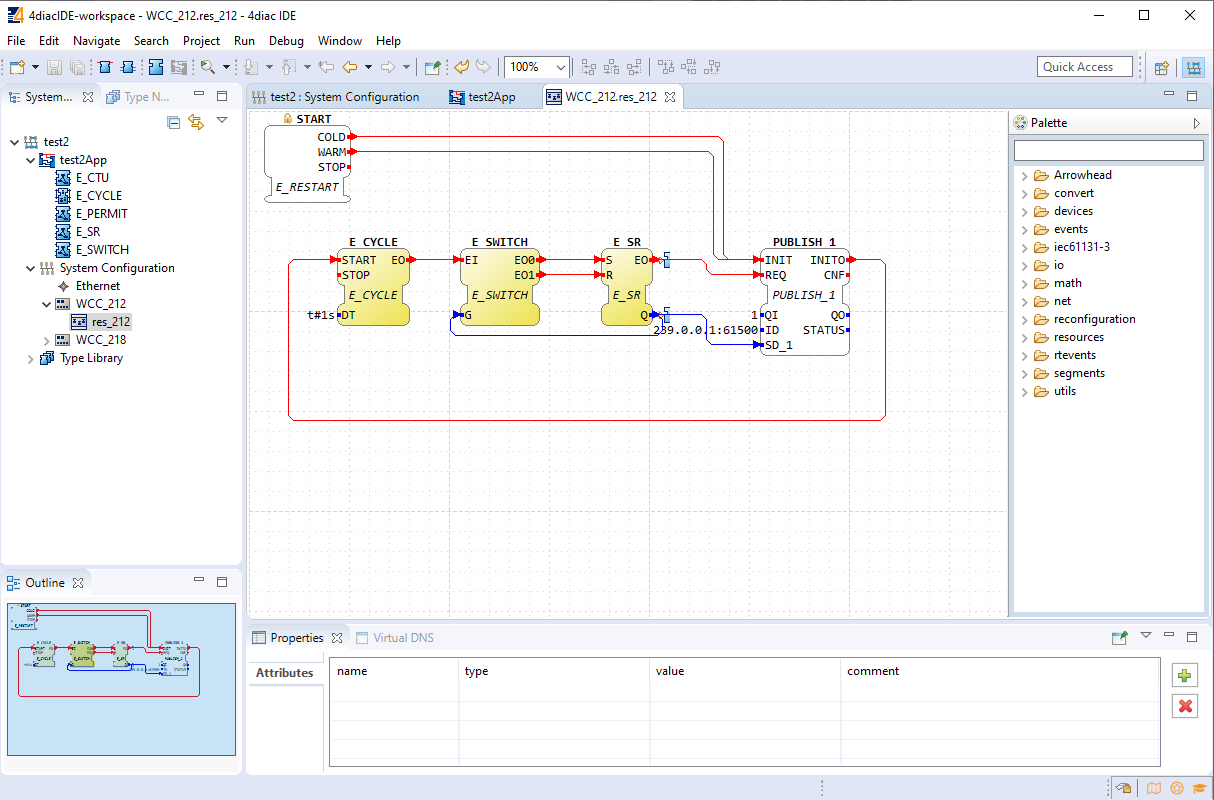 Example app for counting part of a distributed system:

To count the blinking, two new Function Blocks (FBs) have been added to the existing application for a different device (WCC_218):

To communicate between devices, an additional PUBLISH_X/SUBSCRIBE_X pair must be used. As one can identify, these blocks are not seen when looking at a whole distributed system and should be seen as an intermediary between devices.

The PUBLISH_X FB is used to send messages over the network which are received by an according SUBSCRIBE_X FB. Every time a REQ is triggered, a message is sent according to the ID input. With the value of the ID input you can specify what specific network protocol you would like to use (e.g., MQTT). If you don’t specify a dedicated protocol the default as defined in the ”IEC 61499 Compliance Profile for Feasibility Demonstrations” is used. The number X in PUBLISH_X is the number of data elements that you want to send in the message. Since we are only sending one value we used PUBLISH_1.