IOMOD 8DI8DO is a compact size stand-alone Modbus (RTU) or IEC 60870-5-103 digital input and digital output controller. IOMOD is used for industrial applications, where digital signaling is used and robust communication is needed. IOMOD is ideal solution for applications such as data acquisition, observation, control, process monitoring, testing and measurement at remote places.  It is controlled over Modbus or IEC 60870-5-103 protocol, and can be used with any SCADA system.

IOMOD 8DI8DO uses Modbus (RTU) or IEC 60870-5-103 protocol over the RS485 interface. The protocol used by the device can be changed by uploading the corresponding firmware. Default communication settings are: 9600 baudrate, 8N1, Slave address - 1.

To read output status, send 01 Modbus command (Read Coils) with resolution of the first register (0), and size of 8. Returned value will show all 8 output states (1 - turned On, 0 - turned Off).

To read input counter values, send 04 Modbus command (Read Input Registers) or 03 Modbus command (Read Holding Registers) with resolution of first register (0) and size of 24. Returned data will show pulse count (first register) and ON time (2nd and 3rd registers) for each input – pulse count of input #2 will be at register 4th, and so on. ON time will be shown as seconds. ON time and pulse count will increase when input pulse is longer than Filter time, which is configured by user in USB terminal menu. Shorter pulses will be ignored in both pulse and ON time registers. From software version 1.10, as capacity of input counter expanded to 32-bits, additional 16 registers depict such wider values in registers 00023-00039.

These input counter values can be changed by using 06 Modbus command.

To turn multiple outputs on or off, use command 15 (Write Multiple Coils), and send binary coded value for 8 coils at address (0) and length 8.

To invert input states by software, or to use pull-up resistors on inputs, configure device over USB terminal. Useable Modbus commands shown in table below.

02 (0x02) Read Discrete Inputs
Reads status of digital inputs (Off or On). IOMOD 8DI8DO has 8 digital inputs from address 0 to address 7; These inputs are active-high by default; user can turn on pull-up resistors (through USB) to these inputs to make them active-low.

03 (0x03) Read Holding Registers
Lets user read counter/timer values dedicated to digital inputs. There are 40 MODBUS registers. Values held in these registers are explained in a table below. There are two types of values - Pulse Counter and On Timer, the latter calculating the time that respective input was held in its active state.

04 (0x04) Read Input Registers
Lets user read counter/timer values dedicated to digital inputs. There are 80 MODBUS registers. Values held in these registers are explained in a table below. There are two types of values - Pulse Counter and On Timer, the latter calculating the time in seconds that respective input was held in its active state. This function is deprecated and mirrors function 0x03 to conform to past versions of IOMOD 16DI.

Testing With “THE VINCI” software

GI, time synchronization and general command options can be found at right side of the program, in “System” tab. 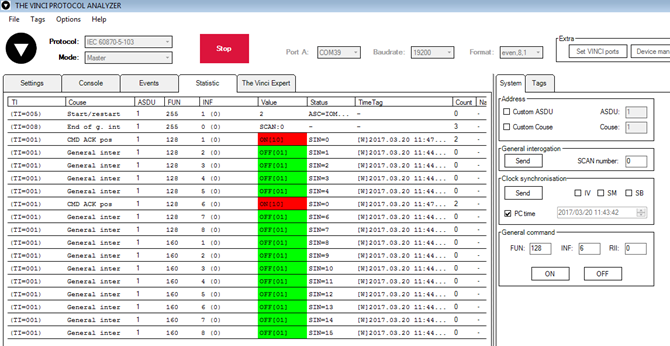 IOMOD 8DI8DO has integrated 120Ω termination resistor which can be enabled or disabled over USB configuration. It is recommended to use termination at each end of the RS485 cable. See typical connection diagram on Fig. 5.1. 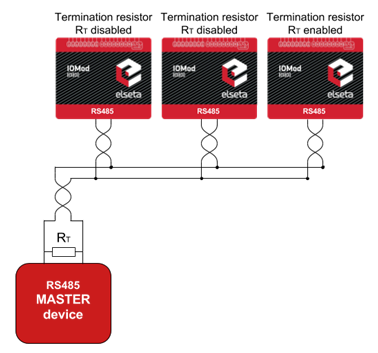 IOMOD 8DI8DO has 1/8 Unit load receiver which allows to have up to 256 units on line (compared to standard 32 units). To reduce reflections, keep the stubs (cable distance from main RS485 bus line) as short as possible when connecting device.

Typical application of IOMOD 8DI8DO inputs is shown on Fig. 5.2. When default configuration for inputs is applied, user will see inputs connected to +12/24V as “high” or state “1” and input status LED will glow.

User also can configure to enable internal input pull-up resistors  (function is applied for all inputs) and software input inversion. With this configuration, user will see inputs connected to 0V (see Fig. 5.3) as “high” or state “1”, input status LED will NOT glow.

IOMOD 8DI8DO has 8 open collector digital outputs. Internal clamp diodes are connected to each output which makes IOMOD 8DI8DO ideal for driving inductive loads like relays. Maximum 300mA per output is allowed. For higher loads outputs can be connected in parallel. Make sure your power supply can provide enough power. Typical application of outputs is shown on Fig. 5.4 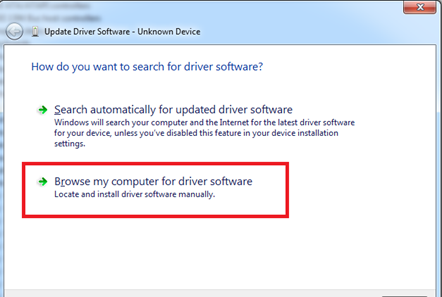 Configuration of IOMOD device is done through CLI (Command Line Interface) on virtual COM port. Drivers needed for MS Windows to install VCOM will be provided. To open up CLI simply connect to specific V-COM port with terminal software (advised to use PuTTY terminal software. If other software is being used, user might need to send <return> symbol after each command). When connected user should immediately see main screen (Fig. 6.4.) 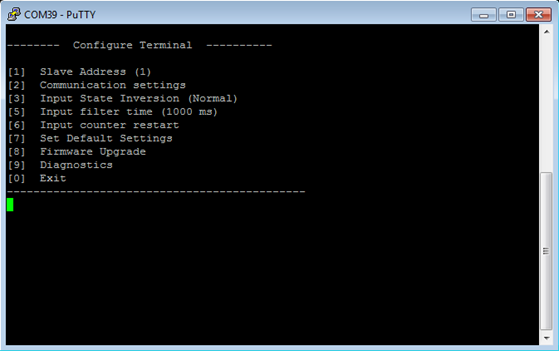 Navigation is performed by sending number to terminal. User then proceeds by following further on-screen instructions. For example, to set Baudrate, press [2] to enter Baudrate screen; press [1] to edit; enter new configuration; press [RETURN] to save, or [ESC] to cancel changes. When done, press [0] (exit) before disconnecting device. Default values is set by pressing [6] on main screen, and confirming changes [1].

If accidentally closed the terminal window, user can connect terminal program again, and press any key on keyboard to show up main menu.

After entering diagnostics screen user can turn on protocol simulator by pressing [9]. When protocol simulator is turned on, device will communicate through USB port rather than RS-485 line. Communication on RS-485 line is closed and all Modbus commands will be accepted only from USB. To exit this mode user must restart device.

It is recommended to close terminal window after entering firmware upgrade mode. 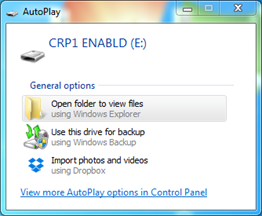 Reconnect device and check firmware version. It should now represent the one it was updated to.